Until 1990, the Genslerstrasse remand prison site also contained the Ministry of State Security (MfS) prison hospital. The original building was single storied, housing the laundry facilities and garages that served the neighbouring canteen and food store.

Towards the end of the 1940s, the central Soviet administration for detention and transit camps in Germany moved their administrative offices into this building. In the 1950s, the building was extended and converted into a hospital. While working on the final extension to the building in 1972, three enclosed exercise cells were added to the hospital’s eastern wing; the exercise cells were left open to the sky but covered with barbed wire nets, leading the prisoners to call them the "tiger cages." Show more

The prison hospital was positioned under the Ministry of State Security’s Central Medical Service. The hospital provided out-patient and extended-stay treatment for prisoners from all three Berlin remand prisons as well as the regional MfS remand prisons. The hospital had a total of 28 beds, which remained in cells. The other facilities included an X-ray ward, treatment and operating rooms and laboratories. In 1989, the hospital was run by Dr. Herbert Vogel with 28 full-time MfS staff. 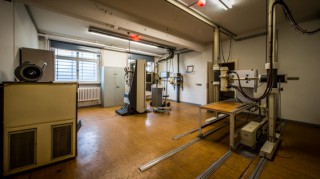 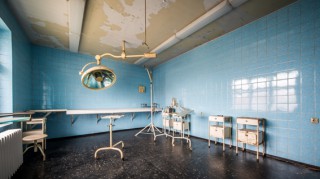